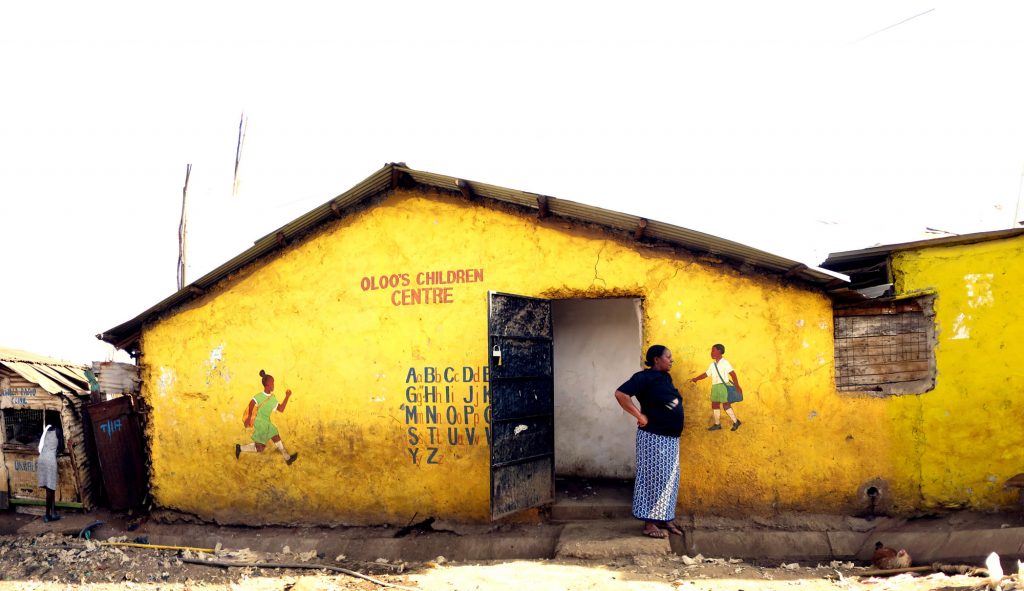 How exactly did Start Somewhere actually begin and evolve into the nonprofit we know today? In this blogpost, Oliver from Malm gives us a glimpse into our past and talks about how we came to build a school in Kibera.

While backpacking through Kenya and Tanzania, architecture student Oliver von Malm got stranded in Nairobi in 2011. He had hardly any money left, so he didn’t really know what to see. A staff member at the hostel where he was staying suggested he take a tour of the Kibera slum. For the price of five euros, a resident of the slum would pick Oliver up from the hostel and guide him through the Kibera slum. The money would go to charitable causes. Once in Kibera, Olli met some dedicated teachers who had independently founded two schools.

“The tour guide took me to a corrugated iron hut where 30 children went to school at that time. He told me that he teaches there during the day and additionally works at night to provide the children with a daily meal. I got to know many committed people. And then I understood where concrete help was needed. So I just ‘started somewhere’.”

In the years that followed, the Oloo Children’s Centre, one of the schools that Start Somewhere supports, was repeatedly renovated. Fortunately, as the conditions there improved, the number of students also grew. Due to the growth in student numbers, high heat in the classrooms and hygiene problems, the slum dwellers asked Oliver if he could design a new school building for them. This was the starting point for Oliver’s architecture master’s thesis in 2016, in which he developed the basic idea for a flexible and affordable building system produced by the slum dwellers themselves.  To allow Oliver to fully concentrate on his master’s thesis and the development of the prototypes, he founded the non-profit association Start Somewhere e.V. together with friends and family.

“I was very happy to be able to use my background to help the people of Kibera. I wanted to give them the opportunity to build homes that are safe, clean and stable. Of course, our building system and hollow concrete block is not the solution to all problems. Economic factors also play a big role. Adequate wages of the stone fabricators and the construction workers are important, so that they can also buy the stones themselves. I would be happy if our building system makes life at least a little easier for the people in Kibera.”