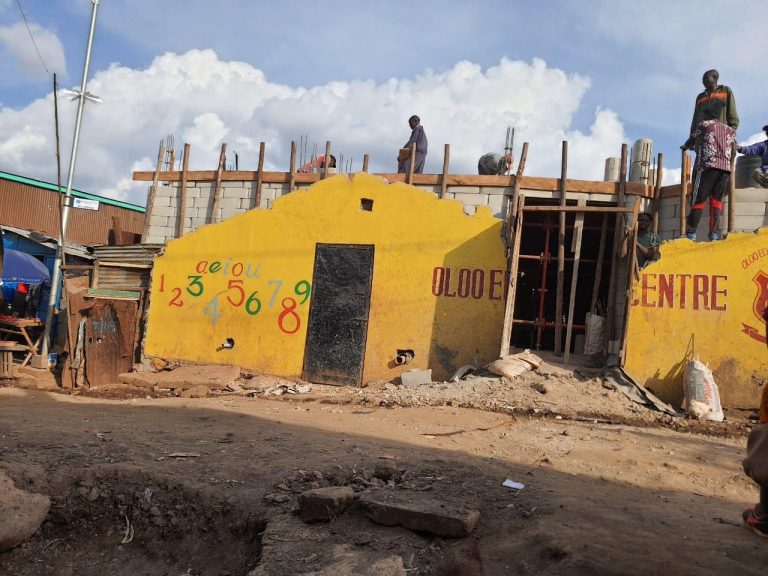 Construction phase 1: The construction of the first floor of the Oloo’s Children Centre

The new building of Oloo’s Children Centre is already in full swing since May 2020. Growing numbers of students, great heat and hygienic problems of the previous school had led the slum dwellers to ask us from Start Somewhere for a new school building. We write more about the reasons for the school construction and our work before the construction project here.

During construction in Kibera, the special circumstances of the slum had to be taken into account. We therefore relied on high-tech planning with highly complex tools and low-tech execution by our experienced craftsmen, some of whom were trained by us. The sketches of the school, created by architect and project initiator Oliver von Malm with the help of special programs and algorithms, served as the basis for practical implementation by the team on site. A workshop prepared the workers for the processes.

To give you a good idea of the process from foundation to ceiling, we have listed the individual steps of the first construction phase here.

The Oloo’s Children Centre, which had become too small, was already demolished in March. Temporary corrugated iron houses in the typical local architectural style were erected for the teachers living on the site.

The first construction phase and thus the construction of the first floor have now been successfully completed. The second phase will begin shortly, as soon as the team of the manufactory has produced enough bricks on site.